Regardless of how good or bad a season is, no one ever knows what the outcome of a Derby will be. Many agree that players are shaped on days such as these. On Saturday, 01 June, Sarel Cilliers played their rivals at Dundee High School.

The excitement and anticipation had been building for almost two weeks, as we prepared for the big day. We enjoyed a week of excitement during what we call “Derby Week”, where learners dress up according to different themes, as decided by our prefects. This is followed by a spirit building period where the various teams show off their spirit in front of the entire school.

On the cold morning of Saturday, 1 June, learners and coaches alike, arrived early to prepare for the day. We were welcomed by Dundee High School Staff and learners. The tension could be felt all around. Even though Sarel Cilliers and Dundee High school are rivals, it was refreshing to see so many of our learners interacting with one another in a civilised manner.

Netball
The first team netball played a tremendous, nail-biting match which ended in Dundee
High School’s favour. The final scores of the day were as follows: 2nd team 11-10 and the first team 28-32. The u/16 netball girls remain undefeated, with momentum being set from the start. The girls won with a final score of 32–4. The u15 netball team played a good game, taking a final score in their favour of 23–13. The u/14A team played a great team, winning their match 7–4, while the u14B team lost 18-7.

Hockey
The first team hockey girls players played their hearts out, unfortunately, the match
ended in Dundee High’s favour with a final score of 1-0. The first team hockey boys were fired up and ready to take on their worthy opponents, showing spectacular skill and speed. They walked away winners, with a final score of 1-0. The second boys hockey team also played a great defensive game, losing 1-0. The second hockey team girls played a tough, mostly defensive game. Bianca Hunlin scored the first goal within the first ten minutes. However, the game was soon equalised when Dundee scored a goal. The rest of the game was intense, and our goalie, Andiswa Shabalala (Gr 12), stopped many goals. The u/16 hockey team won their game 1-0.

Chess
Sarel Cillier’s chess team played their final match on Saturday against DHS. We took a commanding lead early on with a score of 4–1. As the day progressed we ended with a final score of 7–3, beating our opponents. We would like to thank our Captains S Tooray and B Mnyandi, who are both in grade 12, all the best for their futures. Shavir was an outstanding captain with phenomenal skills. The chess team’s final results for the season are as follows: we won five games, lost two and drew 2. Sarel Cilliers are the victor’s for the 2019 season. The chess team would further like to thank Pastor Marlon for all his assistance this year.

Congratulations to all players for showing true sportsmanship on a stressful day. Although it was a tough season, you all showed the true NEVER SURRENDER spirit of the blue lions.

We would further like to thank all coaches and facilitators on your hard work and dedication to your team throughout the season.

On behalf of all players and coaches we would like to thank Mr van Staden for his ongoing support. Regardless of whether we play at home, or away, he can always be spotted trying to watch the different games. Thank you Mr van Staden for allowed our learners to achieve their full potential on and off the sport field. 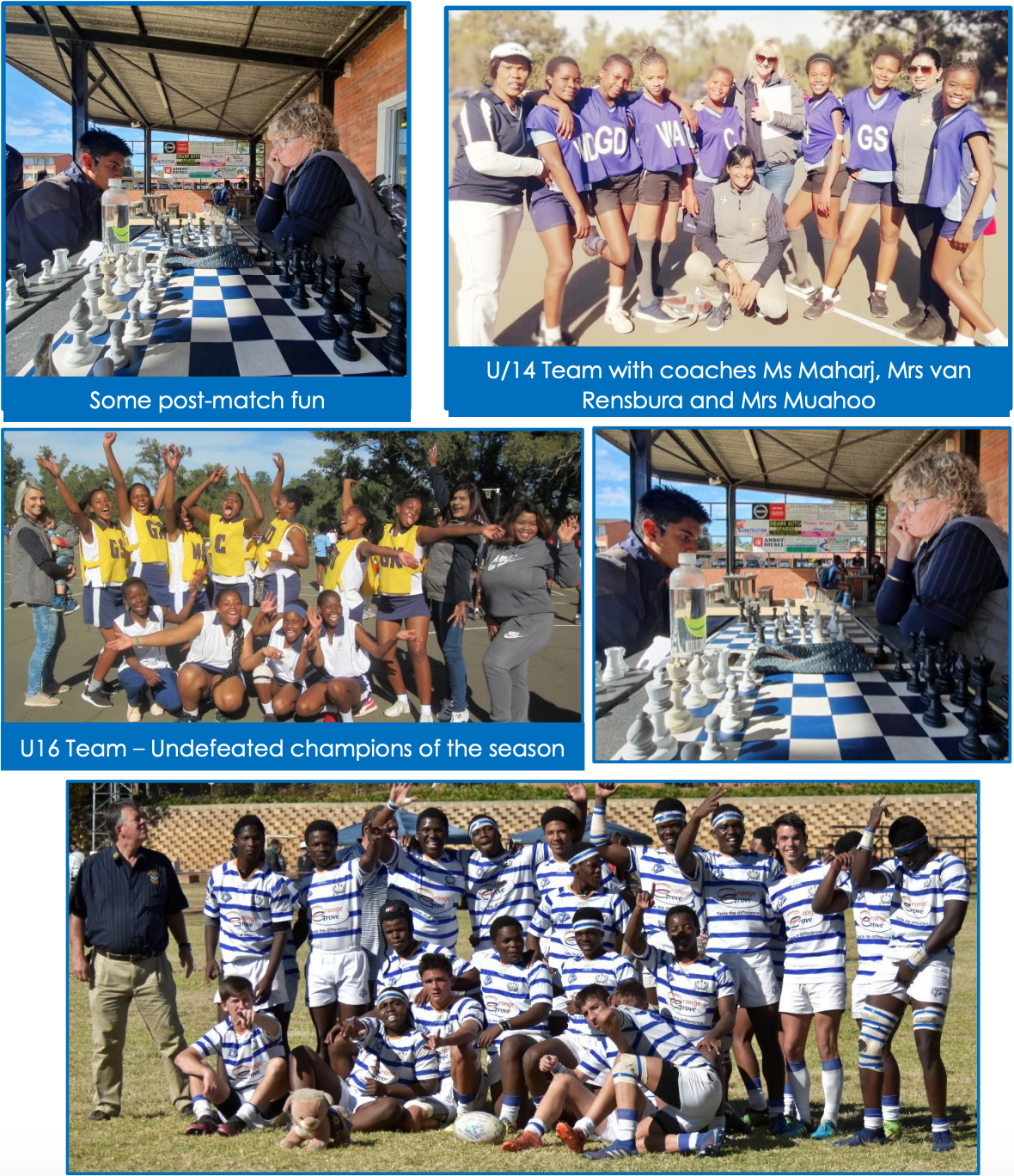 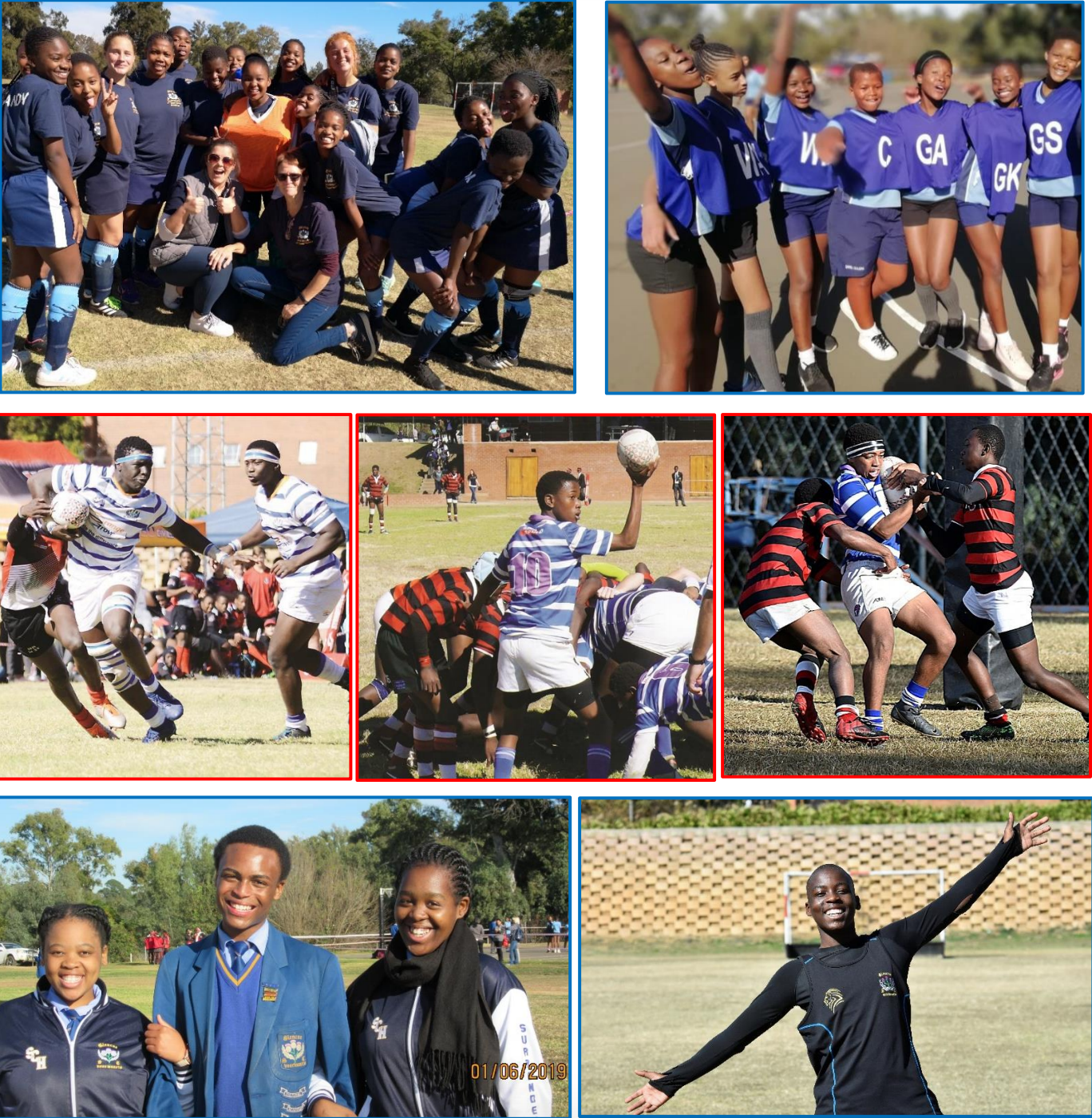